Looking to impress your friends and family with some home-smoked barbecue meat? This summer is the time to do it and Bub City has your back with this simple-yet-superb brisket recipe, a guide to cooking low and slow with confidence. 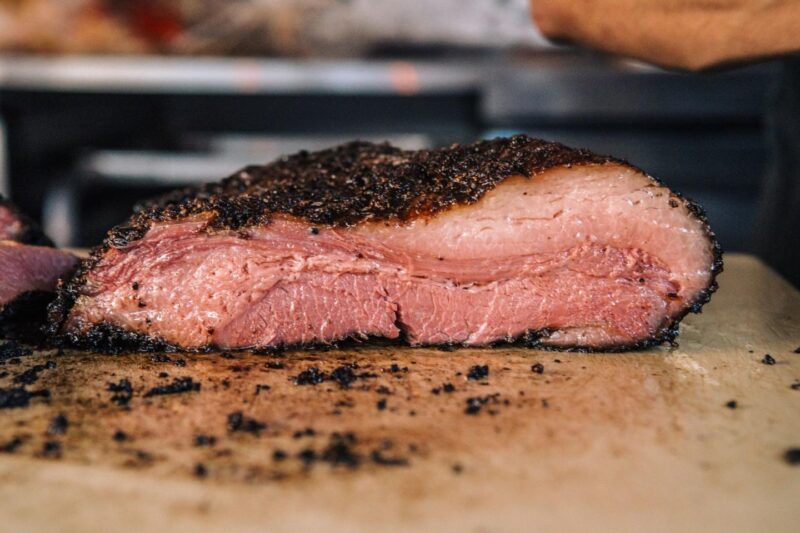 Summer is for smoking

1. In a medium bowl, combine the kosher salt and black pepper. Spread the mixture evenly on a large sheet tray.
2. Moisten the brisket all over with 1–2 tbsp. water so that the salt and pepper mixture will adhere. Place the brisket meat side
down into the mixture on the sheet tray. Flip, then cover the fat side and edges with more of the mixture.
3. Let the brisket rest at room temperature for 1 hour.
4. Meanwhile, preheat a smoker to 225°F, using green (fresh) hickory wood.
5. Place the brisket fat side down on the rack over an indirect heat, being careful to maintain consistent temperature throughout
the smoking period. (NOTE: Briskets will reach a stall period where they won’t increase in temperature for 2–3 hours. Don’t
panic or increase the heat; this is normal. If the brisket looks like it’s taking on too much smoke or getting dark too quickly, wrap
the brisket in butcher paper or aluminum foil so it continues to cook but won’t take on any more smoke.
6. Smoke the brisket for 12–14 hours until it reaches an internal temperature of 195–200°F when tested with a meat thermometer
at its thickest part. The brisket should be springy to the touch and flex when you pick it up.
7. Remove brisket from the smoker and wrap in butcher paper; let rest in a warm spot for 2 hours.
8. After resting the brisket, it's ready to slice. Cut the thinner, leaner side (known as the “flat”) against the grain into pencil-width
slices, about ¼-inch thick. Cut the thicker, fattier side (known as the “point”) also against the grain into slices about the
thickness of your thumb, about ½-inch thick. Cut the “point” section perpendicular to how you cut the “flat” portion. 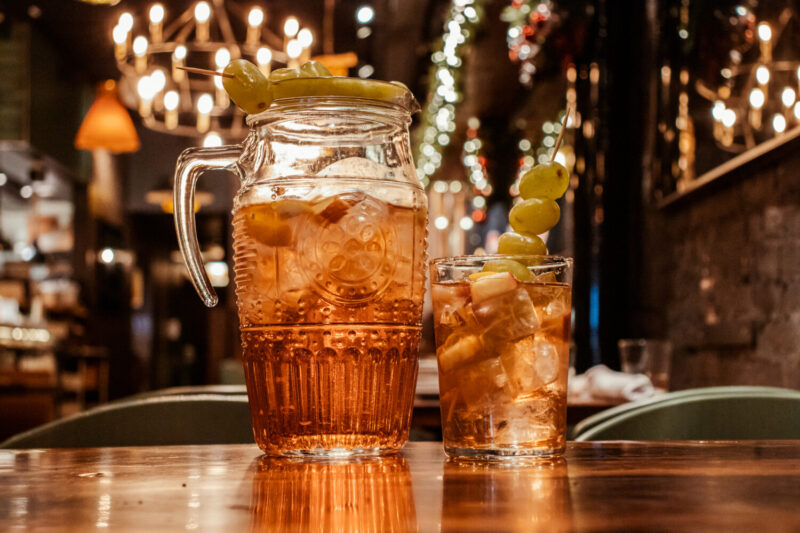 Customize with your favorite sangria fruits 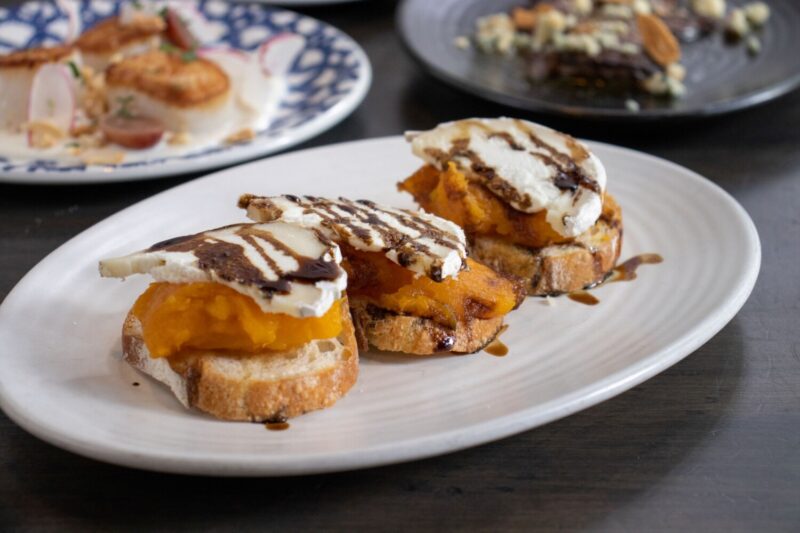 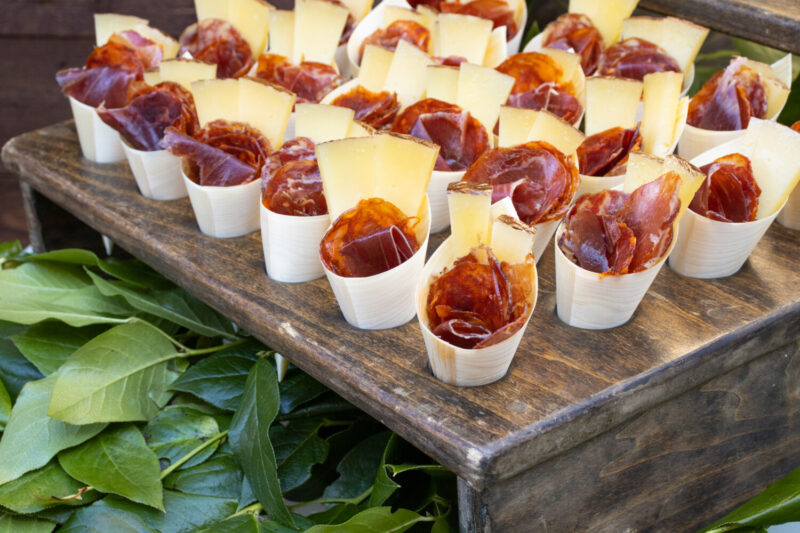 A fun addition to any party spread