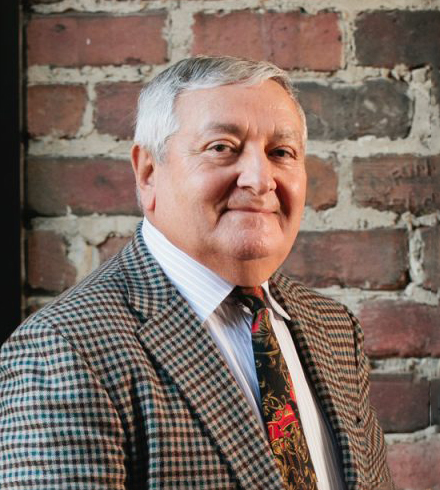 A native of Spain, Sotelino was born to a Basque mother and a Galician father in Vigo, a city in northwestern Spain. At age nine, his family enrolled him in the San Francisco el Grande seminary in Madrid. His religious vocation lasted until he was 12 when he decided to leave and became a bellhop at the posh Hotel Ritz. After making enough detours through the kitchen, he landed a job on the cooking staff at age 14.

From the Ritz, he moved to other top hotel kitchens throughout Europe including Plaza Athenee in Paris and Koons Hotel in Switzerland. He eventually joined Hilton International Hotels as part of a team opening hotels around the world including Hong Kong, London, Cairo, Istanbul, Tokyo, the Canary Islands as well as Montreal where he eventually stayed. After spending a year and a half working at the Montreal Exposition, Sotelino moved to the United States where he joined the Madison Hotel organization opening new hotels before becoming the executive chef at Capitol Hill Restaurants. His duties included service for special functions at the White House. Soon after, Le Perroquet called and his culinary contributions to the city of Chicago began.

Chicago embraced the talents of Sotelino upon his arrival in 1974 when he assumed the position and quickly established himself as the premier executive chef for the four-star restaurant Le Perroquet. In 1977, he met Richard Melman, Lettuce’s CEO and founder, who offered him a position as the chef for Lettuce's newly acquired restaurant, The Pump Room. Sotelino accepted and, as a master of his craft soon turned the Pump Room into one of the finest restaurants in the Midwest.

The partnership between Sotelino and Melman flourished and they were soon planning the creation of Lettuce’s original fine dining restaurant, Ambria, which opened to rave reviews in 1980. In 1981, Gabino introduced Chicago to a true Parisian bistro with Un Grand Café (now Mon Ami Gabi, or “My Friend Gabino,”) a combination of Ambria’s quality cuisine with a more informal atmosphere.

In 1985, Melman gave Sotelino the opportunity to open another restaurant – Chicago’s first-ever tapas bar. Sotelino felt that the city of Chicago needed a taste of Spain in the restaurant scene, and he took great pride in representing the culture and gastronomy of his home to the people of Chicago. Cafe Ba-Ba-Reeba has made tapas, the hot and cold appetizers of Spain, an integral element of Chicago’s dining scene.

Having garnered dozens of accolades since he opened Ambria in 1980, Sotelino’s Ambria was rated Chicago’s favorite restaurant by the 1998 Zagat guide. In 1997, Chef Sotelino was bestowed the Perrier-Jouet chef of the Midwest award by the James Beard Foundation, the most prestigious culinary award given in the United States. Gourmet magazine’s best restaurants in America listed Ambria as “one of the top tables in the Midwest” in 1997, 1998 and 1999. Gault Millau’s The Best of Chicago, called Sotelino “one of the most gifted chefs in the Midwest – and a lot of other towns as well,” and gave Ambria a rating of three toques. The Best of Chicago awarded only four restaurants with this honor, which was the highest given. Sotelino was also named “Chicago Chef of the Year” by the Chefs of America in 1990.

While open, Ambria received a four-star ranking from Chicago Magazine, Chicago Tribune and Chicago Sun-Times. The American Automobile Association also rewarded Ambria the coveted five-diamond ranking. Ambria also swept first and second place honors in Zagat guides under food, service and ambiance categories for more than 12 consecutive years. Both Ambria and Cafe Ba-Ba-Reeba also made Chicago magazine’s list of Top 40 Restaurants Ever that the publication put together for its 40th anniversary issue in 2010.

Active in community and industry affairs, Sotelino has been honored with some of the most prestigious awards. Sotelino was awarded the Medalla al Merito Nacional of Spain in 1990. It is the most distinguished award given by the king of Spain to a Spanish native living outside the country who has demonstrated outstanding service and contribution to his country. He has been honored with the Academie Culinaire de France, an award traditionally given to French national chefs for their outstanding contributions to the culinary arts of France-Sotelino was the first Spaniard to receive this prestigious French award. He is also a member of the Commanderie des Cordon Bleus de France, a select group of expert chefs chosen from around the world and is one of only three national chairpersons of the Grand Master Chefs Association. Sotelino has also held the highly regarded position of president of the Euro-Toques inc. USA Chapter.