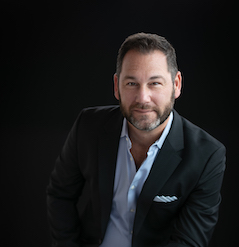 President and CEO of Wow Bao

Nine days after graduating from the University of Wisconsin-Madison in 1993, Geoff Alexander joined Lettuce Entertain You Enterprises (LEYE). After two decades of working on multiple concepts within LEYE’s portfolio, Alexander took over LEYE’s three unit Wow Bao concept in 2009.

Under Alexander’s leadership, Wow Bao revolutionized the way diners would interact with restaurants by being a pioneer in technology and social media. More than a decade ago, Alexander implemented mobile ordering, self-ordering kiosks, bicycle delivery, domestic shipping, and made Wow Bao one of the first Chicago brick & mortar restaurants to take to the streets with its BAO-Mobile Food Truck.

In 2018 Alexander changed the landscape for fast casual dining by introducing Wow Bao 2.0 – a fully tech enabled front of the house environment, where guests order via an iOS or Android device, and pick up their food from an animated personalized cubby.

Shortly after being named to Nation’s Restaurant News 2020 Power List, Alexander evolved the restaurant industry once again by launching 300 Wow Bao Dark Kitchens in more than 130 cities in less than a year. This new extension of the business is not only allowing Wow Bao to grow a national footprint, it is also helping restaurant operators across the nation grow top line sales and increase bottom line profits.