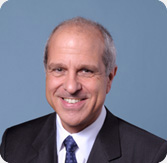 Born and raised in Seattle, Washington, Gerard Centioli spent his childhood employed in all segments of a KFC franchise (41 units) owned by Gil’s Enterprises, Inc., his family business. He worked after school, weekends and holidays learning about restaurant operations, finance, marketing, purchasing, distribution, real estate, construction and every other aspect of the company. After receiving his Bachelor of Business Administration degree with majors in public accounting and marketing from Gonzaga University in Washington, Centioli went on to hold the posts of Assistant to the President and Vice President for Gil’s Enterprises, Inc.

In September 2012, Festa Italiana presented him the Gill A. Centioli Memorial Award.