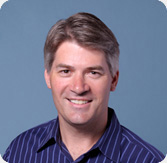 Matt Mulvihill is a partner of Saranello’s, a restaurant by Lettuce Entertain You Restaurants.

A native of Glenview, IL, Matt graduated from the University of Illinois-Champaign with a degree in restaurant management in 1987. He spent the following six years working for S & A Restaurant Corporation, and in 1993, he was hired by Lettuce to serve in management at Maggiano’s Little Italy. In 1996, Maggiano’s was sold to Brinker International where Matt continued his services as a Managing Partner. He went to Washington D.C. to open up restaurants and lived there for three years. In 2000 he became the Midwest Director for Maggiano’s and opened up four restaurants in the region. Matt then rejoined Lettuce in May 2007 as the general manager and partner of Reel Club in Oakbrook, IL, which he opened with Mark Tormey and Mychael Bonner. He was at Reel Club until 2016 before taking over at Saranello’s.

Matt ultimately decided to rejoin Lettuce because of the challenge and excitement of opening a new restaurant. “Lettuce has a quality reputation for the food, service, and overall operation of their restaurants,” he comments. “I knew people within the company whom I trust and believe in.”

In 2016, Matt took his expertise to Saranello’s, while also continuing to work with other restaurants within the Di Pescara Division.

As a general manager, Matt says no day is the same and enjoys taking care of people and improving operational efficiency on a daily basis. He loves being surrounded by employees who truly make the restaurant work at an optimum level.

While restaurants are an important part of Matt’s life, his family is integral to his success. Matt has been married to his wife Frances for 22 years and they have three children: Mitchell, Maria, and Nicholas. Matt and Frances also keep busy attending many baseball, basketball and lacrosse games, and other sporting events that their three children are involved in. Matt and his family currently reside in Hinsdale, IL.

Matt cherishes being a part of Lettuce family, which he calls a “wonderful group of people to grow with personally and professionally.”