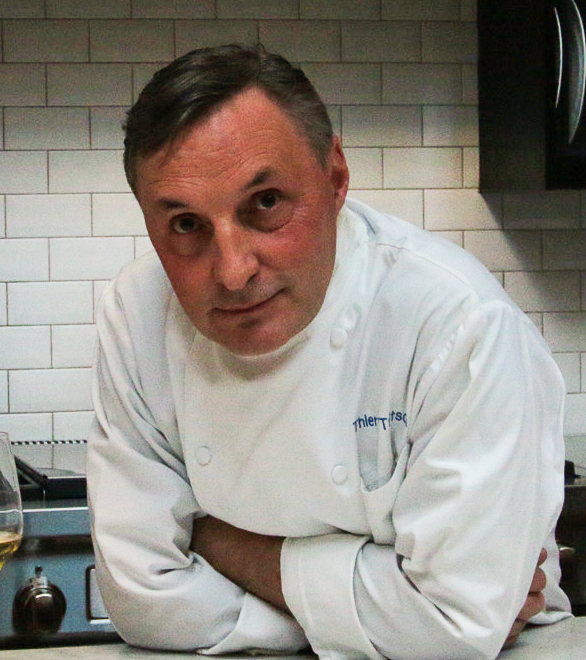 Chef Thierry Tritsch has been with Lettuce Entertain You Restaurants for over 25 years, but his love of hospitality began decades earlier in his native France. Working alongside his father and grandmother in the family’s restaurant-hotel gave way to formal training at Lycée Technique D’Hôtellerie et de Tourisme in Strasbourg. He went on to hone his skills at an array of establishments throughout Europe.

Chef Tritsch began his Chicago culinary career with legendary restaurateur Jovan Trboyevic in the vaunted kitchens of Le Perroquet and Les Nomades. He joined Lettuce as a member of the opening team of Brasserie JO, named the James Beard Foundation’s Best New Restaurant in 1996, and continued his work with Chef J. Joho as executive chef at Everest Restaurant for 25 years. His innovative approach to classic French cuisine has earned a Michelin star and an array of accolades from Relais & Chateaux, Mobil 5-Star, and AAA Five Diamond.

Thierry believes a great meal is the result of thoughtful collaboration with both farmers, fishermen, purveyors and his culinary team. He prides himself on building relationships with suppliers, using only the finest ingredients and mentoring aspiring chefs. He enjoys working with event hosts to create distinctive menus that bring celebrations to life.

When not exploring new food and wine, Thierry enjoys gardening, bicycling and spending time with his wife Elaine and their daughter, Josephine.