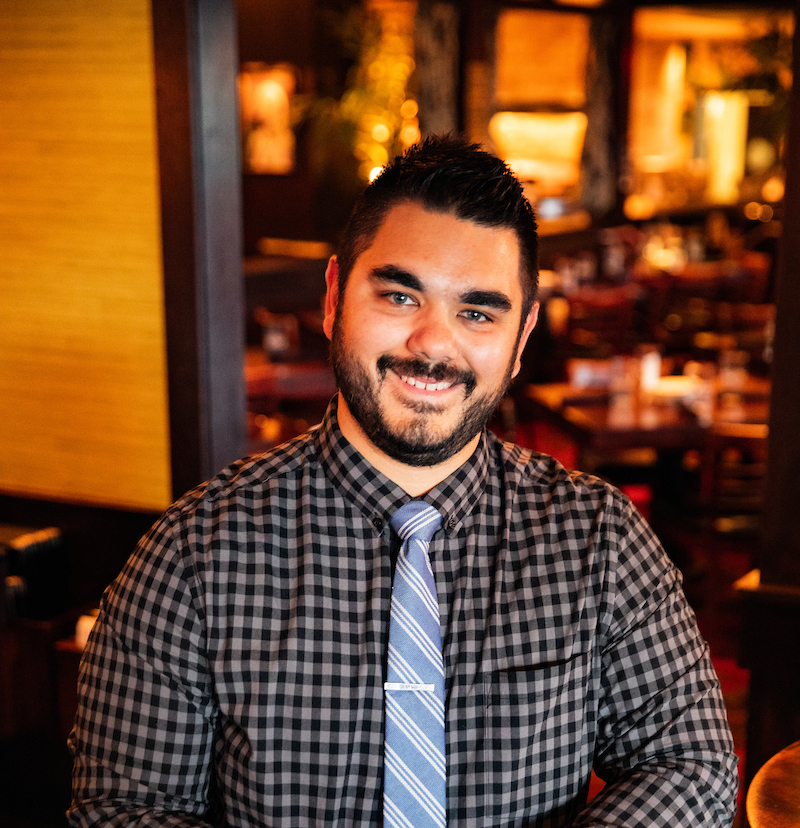 Stephen Munasinghe is the Partner with Lettuce Entertain You Restaurants overseeing operations in Minneapolis for Twin City Grill and Wildfire Eden Prairie.

Stephen grew up in the hospitality industry. His family owned an Italian restaurant in Northeast Minneapolis called Totino’s Italian Kitchen, which started in 1951 when his Great Grandma made her “locally famous” pizza for a banker to taste before he signed off on a loan to start her pizza restaurant. This restaurant thrived for 60 years in the same location and eventually grew into a frozen pizza empire, Totino’s frozen pizzas. It was at his family’s restaurant that Stephen learned that cooking at its simplest form is an art and eating should be a pleasure.

He attended the University of Minnesota-Duluth with a double major of Political Science and Sociology, Stephen’s original career goal was to become an attorney. At this time he was also a host at Bellisio’s Italian Restaurant and Wine Bar in Duluth. While going to school, he worked his way up from the host stand to a management position. Stephen graduated in May 2007, and although he was accepted into law school at Hamline University, he decided he wanted to learn more about business and the restaurant industry.

Today, he and his partners are not only for growing Lettuce’s presence in Minneapolis but also for developing a talented team in Minneapolis.

Stephen and his wife Christy have two beautiful daughters named Leyla and Quinn. In his free time, they love cooking together playing outside and having kitchen dance parties.