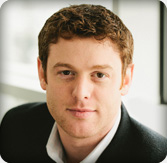 Partner of Hub 51, Bub City, Three Dots and a Dash and Joe’s Live

Eric Rose is a Partner of Hub 51, Bub City, Three Dots and a Dash and Joe’s Live.

For ten years, Eric has been an integral part of the Melman division influencing the growth of Hub 51, Bub City, Three Dots and a Dash, The Windy City Smokeout and the most recent location of Bub City and Joe’s Live in Rosemont. Eric developed a fondness for dining out at a young age, seeking new experiences at great restaurants all over the world. Though he grew up in Northbrook, Illinois, Eric developed a great relationship with his grandparents on the West Coast. His grandfather, a great businessman himself, also had a passion for food and fine dining – a trait that inspired Eric as a young man. After attending Purdue University in West Lafayette, Indiana, Eric returned to Chicago to focus on a career in the hospitality industry.

After working with Bravo! Cucina Italiana and J Alexander’s, Eric joined Lettuce Entertain You Restaurants in 2008. Originally hired to work at the first Lettuce restaurant, RJ Grunts, he was seen as an integral part of the team and Partners RJ and Jerrod Melman asked him to help open Hub 51.

A strong leader, Eric built a unique culture among his team which has played a significant role in his success within the company. “The best part about my role as manager, and now partner, is I can help my staff find their calling. Whether it is here, in the restaurant industry or elsewhere, I am excited to help our team grow,” states Eric.

A resident of Northbrook, Eric enjoys playing basketball, traveling, and spending time with his wife, Ashley, and their two daughters, Maya and Taylor.